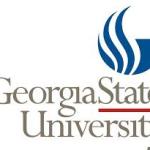 In the 1970s, the city of Genoa in northern Italy was suffering the economic decline and the despondency common to industrial centers of the Western world at that time. Deindustrialization made Genoa a bleak, dangerous, angry city, where the unemployment rate rose alongside increasing political violence and crime and led to a massive population loss as residents fled to find jobs and a safer life elsewhere. But by the 1990s a revitalization was under way. Many Genoese came to believe their city was poised for a renaissance as a cultural tourism destination and again began to appreciate the sensory, aesthetic, and cultural facets of Genoa, refining practices of a cultured urbanity that had long been missing. Some of those people—educated, middle class—seeking to escape intellectual unemployment, transformed urbanity into a source of income, becoming purveyors of symbolic goods and cultural services, as walking tour guides, street antiques dealers, artisans, festival organizers, small business owners, and more, thereby burnishing Genoa’s image as a city of culture and contributing to its continued revival.
Based on more than a decade of ethnographic research, Creative Urbanity argues for an understanding of contemporary cities through an analysis of urban life that refuses the prevailing scholarly condemnation of urban lifestyles and consumption, even as it casts a fresh light on a social group often neglected by anthropologists. The creative urbanites profiled by Emanuela Guano are members of a struggling middle class who, unwilling or unable to leave Genoa, are attempting to come to terms with the loss of stable white-collar jobs that accompanied the economic and demographic crisis that began in the 1970s by finding creative ways to make do with whatever they have.